Celebrity chef and multi Michelin-starred chef Gordon Ramsay has announced that he will be opening his first restaurant in Malaysia – Gordon Ramsay Bar & Grill at Sunway Resort, the flagship hotel at Sunway City Kuala Lumpur.

This will also be Ramsay’s first all-day dining restaurant outside Mayfair, London, offering a varied all-day menu with everything from snacks and light bites, to Gordon Ramsay’s signature dishes such as Beef Wellington and Sticky Toffee Pudding.

However, don’t be confused with his other restaurants such as his signature three Michelin-stars flagship Restaurant Gordon Ramsay in Chelsea, London, or the Bread Street Kitchen in Singapore, the Bar & Grill appears to be the most favoured and popular restaurant in his 43-strong worldwide restaurant empire.

It is reported that the restaurant is undergoing renovation works as part of the transformation of Sunway Resort property at a figure of around RM240 million, which is expected to be complete in Q4 2021. Ramsay’s first restaurant in the country located at the resort’s lobby level will feature, among others, iconic contemporary interiors, floor-to-ceiling windows frame views of the lagoon, and private dining rooms for intimate events.

Ramsay explained that he decided to open his first restaurant in Malaysia because of the incredible growth Malaysia is having and the great energy about this part of the world. “I’ve always loved Asia whether it be for filming or restaurants,” he says in an email interview.

The celebrity chef became famous after being the face of popular competitive cooking and food TV shows, including Kitchen Nightmares, Hell’s Kitchen, Hotel Hell, and MasterChef. 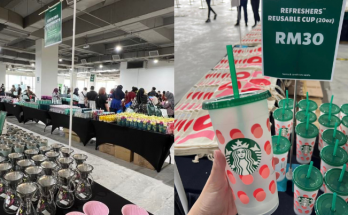