George Town Festival (GTF) is back and is expected to be more exciting. Now in its thirteenth year, the Festival is set to present a scaled-back – but equally exhilarating – physical format from 9 to 24 July 2022, with more than 80 programmes covering visual art, theatre, music, dance, film, photography, and more.

Based on the concept that art is everywhere and anywhere, the 16-day Festival is all set to create a unique experience for the public to discover and appreciate George Town’s cultural heritage with numerous ticketed and free artistic programmes set to take place in various places across George Town and beyond.

The Festival’s return is long-anticipated as it has grown into an iconic arts festival and a hallmark event in Penang since its inaugural edition in 2010. Penang Chief Minister Chow Kon Yeow said, “The George Town Festival’s continuous efforts to promote the arts are one of the reasons Penang has made significant strides in the global arts scene; CNN Travel dubbed GTF as ‘Best of Penang rolled up in one big festival’ while The New York Times reviewed it as a ‘festival growing into a major Asian arts event’. 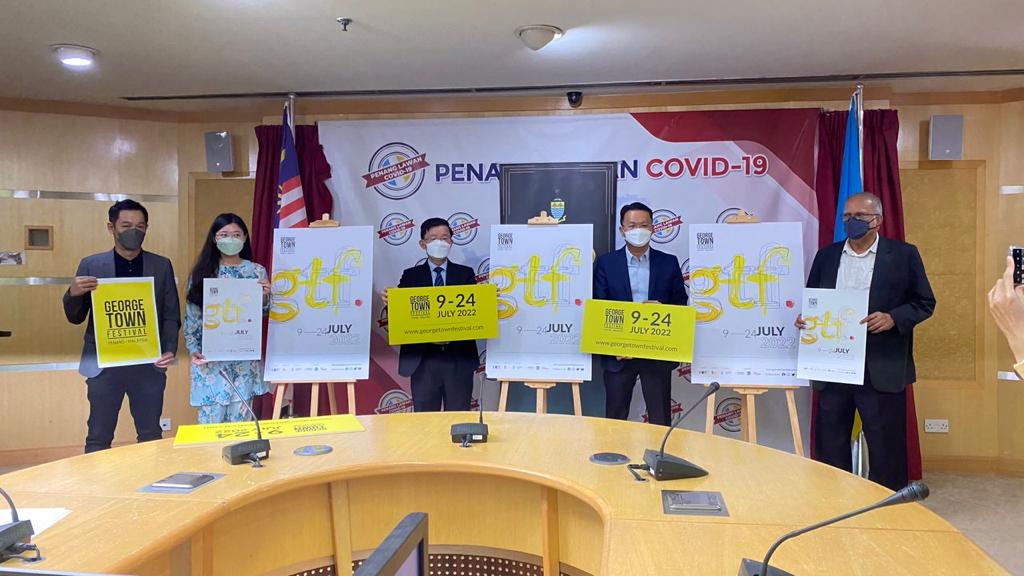 “Much of the Festival’s success stems from its sincere commitment to nurturing homegrown talents, preserving local culture and heritage, and providing an international platform for local artists, all while aligning itself with some of the major components of the Penang2030 vision, which are ‘Family-Focused’ and ‘Inspire’. These are all reflected in the Festival’s programming, giving the George Town Festival its soul that so many other festivals strive for.”

The public can now purchase tickets to the Festival’s ticketed programmes. Some of these programmes will have their world premiere in Penang while others will be premiering in Penang. Ticketed programmes at the Festival are approximately 30% to 50% less expensive than comparable titles elsewhere, allowing festival-goers to enjoy exclusive shows at affordable prices. 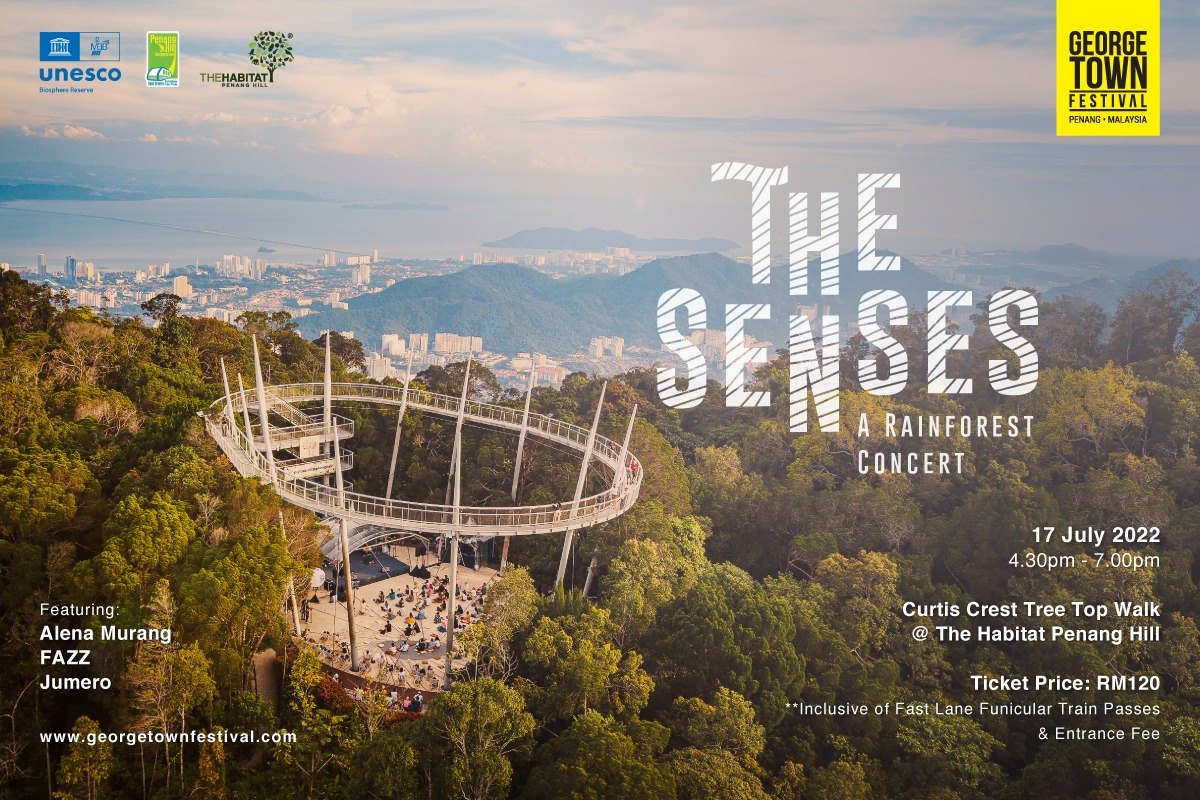 Among some of the featured ticketed programmes are “The Senses” and “Mozart at the Mansion”. These niche ticketed programmes will be held at The Habitat Penang Hill’s Curtis Crest and Cheong Fatt Tze Mansion – The Blue Mansion, located within Penang’s two UNESCO-designated sites. concerts in a rainforest or a historic mansion, instead of a concert hall. 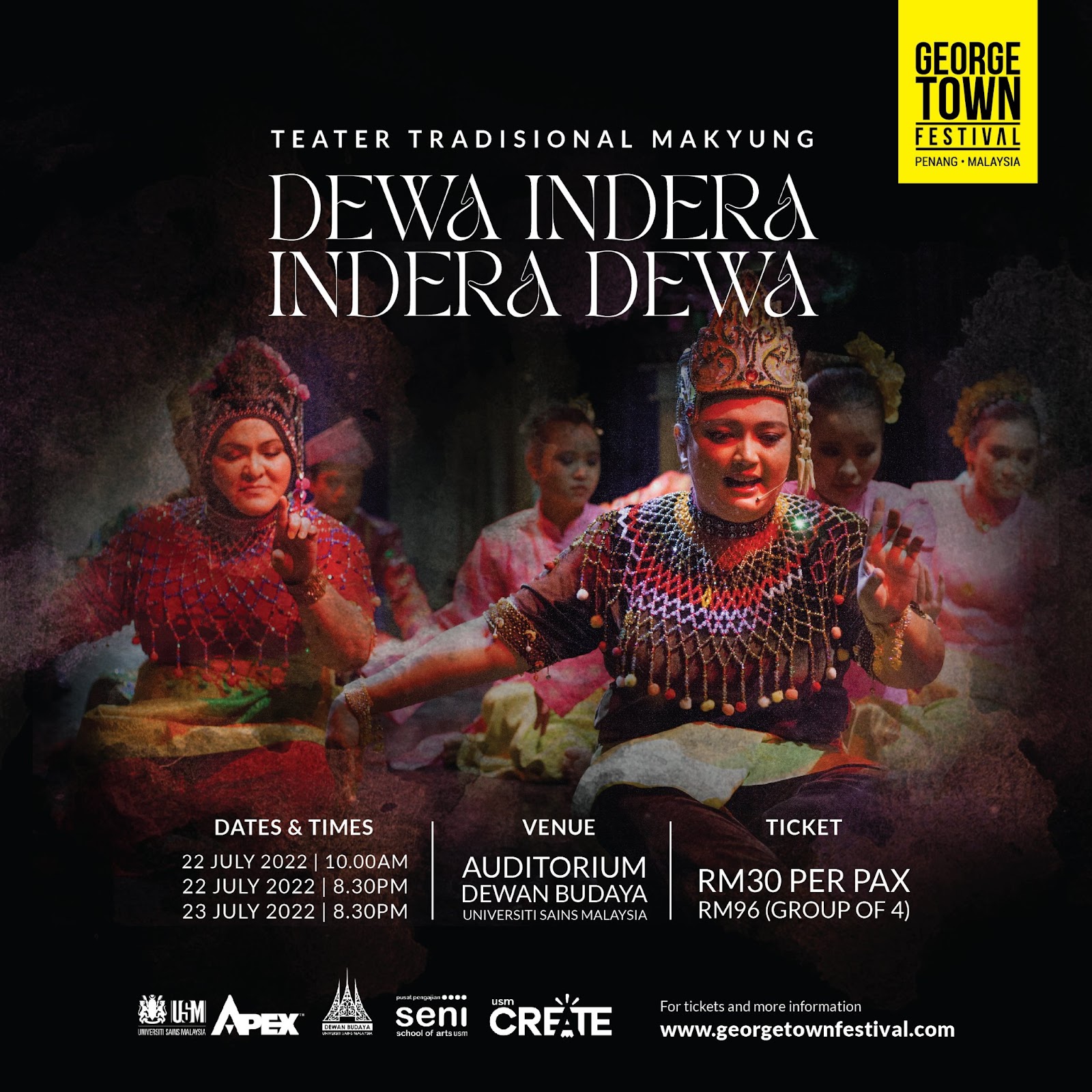 Besides ticketed programmes, festival-goers can look forward to free programmes – which constitute 70 percent of the Festival’s programmes to showcase Penang’s diverse culture and heritage – ranging from shows, screenings, exhibitions, masterclasses, and many more.

Some of the must-watch shows and screenings are “Angin OMbulan”, a contemporary version of Malay traditional healing performances inspired by Main Puteri and Mak Yong; “SERENITY: A Glimpse Through the Traditional Lenses”, a screening session and performance aims to connect traditional art forms with contemporary dance practices; and “G-Short 2022 Finalists Film Screening”, which features the works of the “G-Short” Short Film Festival’s finalists selected from 69 countries.

Art enthusiasts can mark their calendars for “Cahaya XR: First Edition”, an immersive XR art exhibition which uses technologies like virtual, augmented, and mixed reality to reimagine Penang’s traditional stories and heritage. Further, the Festival will be made merrier with “A night at Hin”, where festival-goers and shoppers can enjoy the famous artisan market at night in three different themes spread across three weekends.

Keen to deliver its promise of making arts accessible to all under its theme “A Festival for Everyone”, the Festival is bringing the “Stay-at-Home Concert” community event to the residents of Macallum Street Ghaut. The community event – a collaboration with Pengkalan Kota assemblyman’s service centre – not only exposes new arts and cultural experiences to a community that might not otherwise engage with the Festival, but it also offers the community a chance to enjoy the arts right on their doorstep.

Other than the “Stay-at-Home Concert” community event, there is also a selection of family-friendly programmes for festival-goers to choose from including “Come Play With Me: A Piano Concert for Families”, an hour-long concert for all ages filled with beautiful and family-friendly piano music by famous classical composers as well as modern pieces.

The Festival will also be connecting festival-goers with the international arts and culture scene through various collaborations with other countries. Learners and lovers of architecture will find much to be discovered at the “Le Corbusier” exhibition which features models of French-Swiss architect Le Corbusier’s iconic buildings.

This exhibition is presented by USM x Alliance Française Malaisie and curated by RT+Q, in conjunction with the Le French Film Festival and the George Town Festival 2022, with the support of the Le Corbusier Foundation (& Alliance Française de Singapour) and sponsorship by Escatec.

If you’re in Penang, you have to visit ESCAPE Theme Park, get the tickets by clicking here.