Anak Rimba (AR) was founded by two friends with big dreams, hoping to change the world one story at a time. Through their books, they aim to give endangered Asian animals centre stage and cultivate nature-loving children who will be more aware of the environment and universal values such as kindness and respecting animal friends. Anak Rimba has created a series of children’s storybooks on endangered animals & conservation awareness.
In an effort to encourage reducing the usage of single-use plastic and to bring awareness to endangered Asian animals, TFP x AR has merged its purpose and created a special edition of rPET foldable shopping bag.

The bag is made from recycled plastic bottle materials. It is durable, environmentally friendly and ecologically responsible. Additionally, TFP has adopted two characters named Timo, the Malaysian Tapir & Teega, the Malaysian Tiger to create awareness as they top the list of endangered animals. 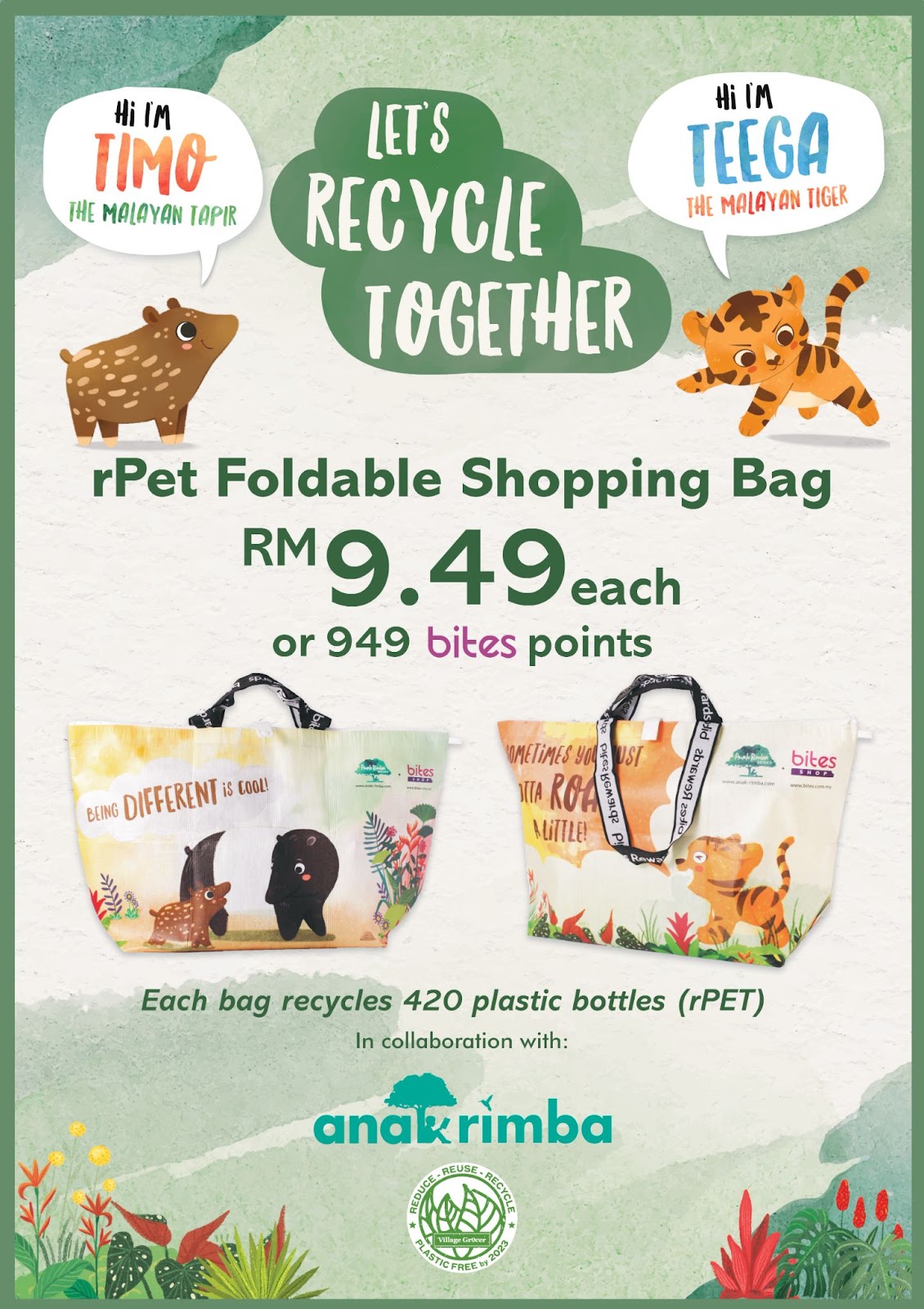 Aside from this, during the holidays in coming December, TFP and AR will plan to arrange a storytelling session with their little fans at one of the BIG stores. So, stay tuned!